Opposites attract they say and this is absolutely true in the case of Brisbane couple Jae, a financial adviser and Chris a maintenance manager, who worked together to sort out a Pandora’s Box of money issues.

Money is taboo to many couples and it’s easy to feel trapped in a cycle of debt when you rely too heavily on credit. But by openly discussing financial issues and seeking professional help this couple was set free from financial stress and are today living the great Australian dream.

Brisbane local Chris Peterson, a maintenance coordinator and planner, had a cavalier attitude towards money and had built up significant personal debt over a period of seven years. Then, he met his partner Jae Straatman, a financial planner, in 2016.

Chris’ debt was a roadblock to the couple successfully securing a home loan and was a source of conflict for the pair. Jae helped Chris fix his attitude and habits towards money but despite helping Chris develop a plan to successfully reduce a large chunk of his debt, Jae and Chris still felt trapped.

It was at this point they sought professional credit advice from Mortgage Choice Toowoomba broker Kate Hanson who worked with lender RateSetter to negotiate a personal loan to consolidate Chris’ debt into a loan with the advantage of a lower interest rate and shorter term. Today, Chris’ financial position has drastically improved and the couple are well on their way to financial freedom.

Speak to a local expert and realise your potential 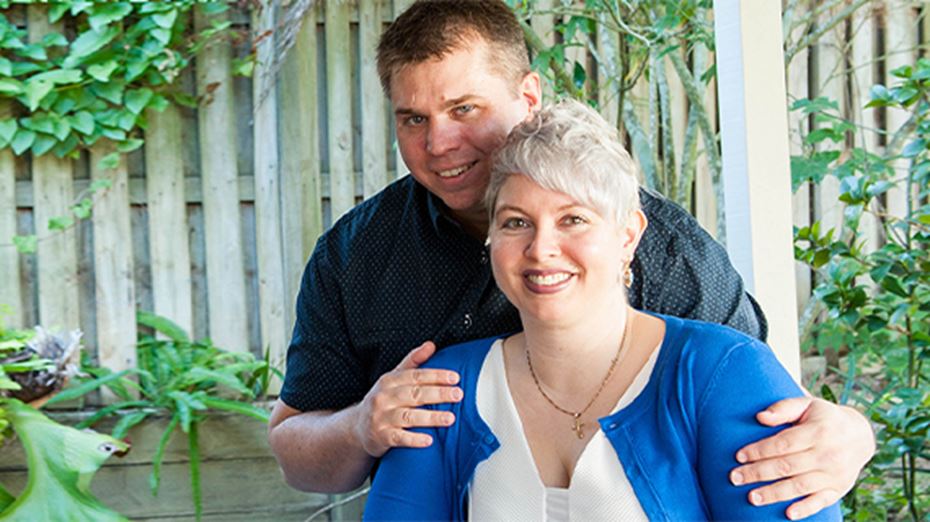 Prior to meeting Jae in 2016, Chris had a very different relationship with money.

“Before meeting Jae, I would describe my relationship with money in one word - loose. I always felt I could earn more, and never worried about my debt as long because I could make the repayments. I was spending more than I earned at times - I had credit cards, and personal loans across the longest available terms. At the time, I didn’t think I was living beyond my means.

Chris had a credit card for ‘emergency use’, and then signed on for another when it was offered by his bank. His main credit card had a variable interest rate of 15.99% and the other, 12.9%.

“I was using my credit cards to pay for a range of things such as car repairs, travel expenses and monthly subscriptions, which I ended up forgetting about.

Chris also took out an unsecured personal loan on a five year term to buy a project car and parts with an interest rate of 15.99%. “I am not even 100% sure what the original loan was for now. By the end of the term, I hadn’t finished paying off the loan so I refinanced to another loan with a seven year term.”

Chris needed a new car in 2016 and agreed to the finance offered at a Used Car Dealer, accepting the $30,000 loan at a 16.99% rate without shopping around. ”The interest rate was high but I didn’t consider it, I just based my decision on whether I could make the weekly repayments.”

Chris’ outlook changed when the couple started looking for a home to buy.  “Until that time, we kept our finances fairly separate. Jae knew I had a credit card and the car loan but we had been paying our own bills and I didn’t think I needed to bring it up. It was only when we had to gather documentation for the home loan application that we understood the full extent my debt.  Jae was unimpressed and I felt disappointed and annoyed at myself.”

Jae was surprised by the extent of Chris’ debt. “It took 12 months to get things in order. It was like a Pandora’s box of debt.

“Chris’ debt made me physically unwell and we did fight over it. My background as a financial adviser makes me feel that having debt with nothing to show for it is extremely concerning. One thing I would never do is pay for someone else’s mistakes, which these were. Rather than bail him out financially, I helped him work out a budget.

Jae was determined to help Chris, not only because she loved him but because of her background as an adviser. “Seeing him paying almost hundreds of dollars a week on loans that were not getting smaller was disheartening,” said Jae.

Speaking about the support from his partner, Chris said, “Jae helped me take control of my finances, and we got my credit cards transferred to an interest free balance transfer card. She helped me create a plan to reduce the debt and I was able to pay off about $14,000 in 18 months.

“We sold my car to repay the old car loan and high interest rate and bought a new car that was more fuel efficient and had lower running costs.

Despite paying off a good chunk of the debt, Jae and Chris still felt trapped.

Mortgage broker to the rescue

They looked for ways to pay down the debt faster and after being turned away by a number of lenders, the couple had almost given up, until they met with Kate Hanson at Mortgage Choice Toowoomba.

Jae said, “Kate was able to offer a solution to a problem we had resigned ourselves to having. We had tried to get a better deal on the personal loan and car loan which were 15.99% and 16.99% respectively, however no bank would help us.

“Kate bundled the remaining credit card, and the personal loan, into a three year term at a fixed rate of 12.2% in March 2019. We have reduced the debt by $6000 in three months by making extra repayments and saved $4,200 in interest,” said Jae.

Chris has a new lease on life and feels optimistic about his financial future
“Today I would say my greatest financial achievement is knowing that I am ahead on my repayments and watching my personal loan shrink. I have totally changed the way I spend money and now only make purchases with cash.

“I recently purchased a C-Pap machine with money I had saved, which means we both get a great night’s sleep and treated myself to a Virtual Reality headset,” said Chris.

Jae is proud of Chris who has completely changed the way he spends his money. “Chris has always been able to pay his share of the bills but now he has disposable income again he is treating us to dinners out, which is a win for both of us. We have now set ourselves a challenge to pay the loan off before the loan term,” concluded Jae.