How much the RBA interest rate hikes could cost you

The potential cost of a rate hike

The Reserve Bank of Australia has raised interest rates for the first time in more than a decade and signalled more hikes are on the way.

While the speed and size of interest rate rises remains to be seen, RBA governor Philip Lowe said it’s “not unreasonable” to expect the cash rate will eventually get back to 2.5%.

“How quickly we get there and if we do get there will be determined by how events unfold,” Mr Lowe said in a press conference following Tuesday’s decision1.

If that were to happen, households with a mortgage could be facing hundreds, if not thousands of dollars’ worth of additional repayments each month, according to analysis conducted with Mortgage Choice’s home loan repayment calculator.

The official cash rate was increased by 25 basis points to 0.35% during the RBA’s highly anticipated May meeting, up from a record low of 0.1%2.

How high will interest rates go?

Predictions on how high the cash rate will rise vary between economists at Australia’s big four banks, with most upgrading their forecasts following the RBA announcement.

The Commonwealth Bank says elevated levels of household debt will keep a lid on interest rates, forecasting a peak of 1.6% by early next year3.

ANZ expects the cash rate will eventually “need to lift to 3-point-something” but not for some time.

Here’s a snapshot of how high economists at the big four banks expect interest rates will eventually reach.

Forecasts current at time of publication on 5 May 2022.

“There's just a huge amount of uncertainty so I don't think you want to read too much into that,” Mr Lowe said.

“It’s not an unreasonable set of assumptions to make, but all depends on how things develop.”

The development of inflation will be a key factor, as global events – such as the war in Ukraine – and supply chain disruptions continue to push up the cost of food, fuel and goods.

New economic forecasts by the Reserve Bank now predict headline inflation will reach around 6% annually by the end of the year, significantly higher than its previous forecasts of 3.25%5.

But with household debt levels now much higher, Mr Lowe noted interest rate moves could have a larger impact on spending and economic activity than seen previously, limiting the number of hikes needed to cool inflation.

"It is also relevant that households have much more debt than previously, and many households have never experienced rising interest rates. So that is another aspect that we will be watching carefully," Mr Lowe said. 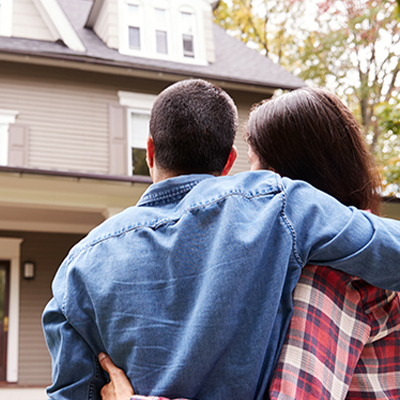 How much could that cost?

Typically, lenders pass on each interest rate hike by a similar amount, meaning borrowers on a variable rate home loan can expect to see their mortgage rate rise in line with RBA movements.

Within hours of Tuesday’s RBA decision, all of the big four banks announced they would be passing on the 0.25% interest rate hike in full to customers on a variable rate mortgage6.

For a borrower with an average variable mortgage rate of 2.92%, based on February RBA data7, that could cost an additional $68 a month on a $500,000 mortgage.

In this calculation the borrower is an owner occupier paying principal and interest with 30 years remaining on their loan8.

While that may be a modest hit to the household budget for now, it’s the first of many rises to come.

If interest rates were to eventually reach 2.5%, those same borrowers would be forced to pay hundreds of dollars extra each month.

In this calculation, the borrower is an owner occupier paying principal and interest with 30 years remaining on their loan. It assumes an average variable interest rate of 2.92%, according to February RBA figures. The calculation does not factor in loan fees and charges, or any principal paid down over time.

While many households will feel the pinch of higher interest rates, RBA data shows most are financially well placed to manage9.

Households have built up significant savings during the pandemic and many are ahead on their repayments.

“My advice to borrowers would be to speak to your mortgage broker about how the Reserve Bank’s decision will affect you,” Mr Zammit said.

“The market remains extremely competitive, and banks will be looking to attract customers through initiatives like cash-back offers, making now a great time for first time buyers and borrowers a like to shop around”.

Business costs on the rise

Like homeowners, business owners with a variable rate loan or overdraft could see their repayments become more expensive at a time where costs are also on the rise.

The latest NAB business survey10 shows inflationary pressures are pushing up the costs of running a business across a broad range of industries, although trading conditions and profitability are also in a strong position.

RBA data shows businesses have reduced their debt since the start of the pandemic, as well as building up their cash holdings11 – however this doesn’t apply to everyone.

With interest rates set to rise further, the advice is to act early and talk to your mortgage broker about the best business loans and overdraft facilities available for your business. 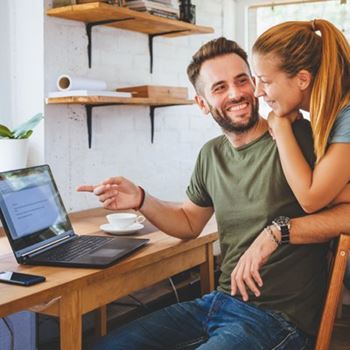