Tougher lending landscape for some homeowners and easier for others: mortgage brokers 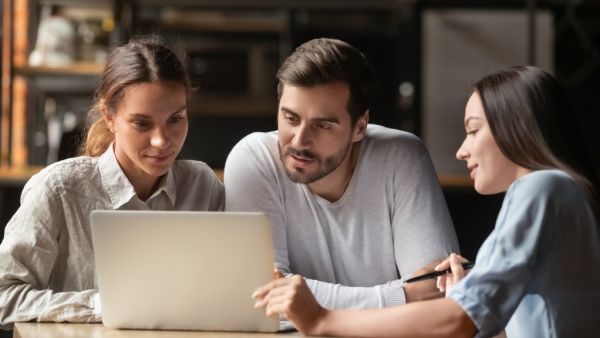 Prospective homeowners in hard-hit COVID-affected industries and cities could find it more difficult to get a home loan approved now compared with the start of the year, mortgage brokers say.

But anyone else who has been lightly touched by the on-again, off-again restrictions and is able to retain their job may actually find it even easier as banks take a more “common sense” and speedier approach in handing out mortgages.

The Reserve Bank of Australia remains resolute in holding the cash rate at 0.1 per cent, and its central scenario is to keep it there until 2024.

But the home-lending landscape has already become tougher with some banks raising floor rates — Commonwealth Bank of Australia recently increased its serviceability floor rate from 5.10 per cent to 5.25 per cent — while others place more scrutiny on discretionary living expenses, which potentially leaves some with less borrowing power.

“Things like school fees, dining out, pet expenses, they want that built into your monthly expenses. It’s something they’re looking at more and more,” said David Thurmond, Mortgage Choice Berwick principal in Victoria.

He said lenders in Victoria were also enforcing the debt-to-income ratio policy more closely. This prevents homeowners from borrowing more than seven to eight times their salary.

While these policies have been around for months now, Mr Thurmond said, banks have begun to pay closer attention in order to tighten lending criteria.

“A lot of clients are finding they have a lot less borrowing capacity even though rates have come down,” he said.

“The RBA came out last week saying they don’t want to increase rates. They want to use policies to do it so they’ve come out and shown their cards.

“The government is really concerned about the property market. They did not expect it to take off as much as it did; this is just a way for them to manipulate the industry without increasing interest rates for everyone who has a home loan.”

But in Sydney, it is almost a two-tier market depending on the impact lockdown has had on homeowners, according to Rebecca Jarrett-Dalton, mortgage broker and director of Two Red Shoes.

“We’re finding it perhaps a little bit easier getting approved. It seems it has almost relaxed at the moment,” Ms Jarrett-Dalton said.

“The assessors are still checking but you’re not hitting any hurdles at the moment … that scrutiny is not as forensic at the moment.”

It was a different story if you were affected by the ongoing lockdown, however. “If borrowers are recipients of the disaster payments or income support, it’s a no-go,” she said.

With some of the major banks increasing their serviceability buffer, homeowners hoping to get into the market by borrowing the maximum amount of money would be affected as they had reduced borrowing power, she said.

“It’s fair to say that the banks are showing closer analysis for anyone that is in a perceived COVID-affected industry,” he said.

While the banks were more comfortable with comprehensive credit reporting, which gives easier and better insight into an applicant’s credit history, they were enforcing the debt-to-income ratio policy more closely, Mr Algar said.

“A few more have started to work to that rule and less to exception,” he said. “Previously there was a situation where they asked for the bank statements and were forensic about them … but the reality is they’re asking for less evidence, which means they are happy to rely on alternative sources of information.

“[The banks are] trying to return to a more common-sense lending approach,” he said, adding that this was speeding up approval times.

Domain Home Loans inside sales director and mortgage broker Sam Hyman said while Commonwealth Bank of Australia had changed its serviceability rate, home loan applicants had a large market of lenders to choose from.

“There’s still plenty of other lenders who would be favourable to get similar borrowing potential,” he said. “The reality is CBA often do lead the way as they are the biggest bank and hold the highest market share in terms of market share.

“It’s certainly something to look out for – they are first to act.”

He said he agreed that the debt-to-income ratio policy had definitely come into play over the last 12 months but added there were still plenty of options for home loan applicants as there were not “fundamental changes” to credit policies yet.