Mortgage Choice franchisees are local business owners who, with the backing of a national brand, develop lasting customer relationships and build a valuable asset.

The importance of succession planning in small business

Mortgage Choice franchisees are local business owners who, with the backing of a national brand, develop lasting customer relationships and build a valuable asset. The age old challenge facing these franchisees is finding a trusted pair of hands to takeover the business they have built over a lifetime.  Some franchisees make the decision to sell their franchise to buyers, some decide to leave the legacy they have built in the hands of their children, others create a succession plan that involves partnering with a fellow broker.

One such broker who found himself in this position was Brad Anderson, owner of Mortgage Choice in Dee Why who has created a partnership that will ensure his legacy and his customers are protected into the future.

Brad has owned and operated the franchise since August 1999, and prior to that had spent over a decade working in publishing. “I had owned the business for 15 years and felt like I had reached a crossroads. I was considering two options - start to slow down, or hire a younger, energetic loan-writer to lead the business into its next chapter. I had shared my long-term plan with Dave, the state manager at my aggregator, Mortgage Choice and he suggested I meet with a promising loan writer, James Algar, who was working at a nearby franchise.

“James absolutely satisfied the criteria for the second option. In fact, he has reinvigorated the business and we are writing more loans than ever,” said Brad.

As he enters his twentieth year as a franchisee, Brad is proud to call his once salaried loan writer, James a business partner.

James hails from Leighton Buzzard, Bedfordshire England where he spent 14 years working across various roles in the finance industry. He rose through the ranks from teller to branch manager at Barclays where he was mystery shopped by someone who persuaded him to try his hand at mortgage broking and he hasn’t looked back since.

In September 2014, James, his Australian wife Juliet and their then two year old boy Charlie moved to Australia. The family settled in Sydney’s Northern Beaches where James knew he wanted to work as a mortgage broker. Soon after they arrived, James printed copies of his CV and knocked on doors of mortgage broking businesses in the area. He was hired days later by a local Mortgage Choice office, completed his Certificate IV and training and started working.

“I worked there for a year and felt like I was ready to take the next step in my career. I had a chat with Dave, the Mortgage Choice NSW state manager who suggested that Brad and I should meet.

“Over a period of about six months I worked as a salaried loan writer under Brad. We worked really well together and the business was growing. It was clear that Brad I had a great dynamic and fundamentally we just seemed to see the business and the world in a similar way,” said James.

“We came up with a plan for a partnership and with Dave’s help developed a plan to create a new company with equal ownership structure. The partnership meant that James didn’t have to come up with the capital to buy my loan book and the new business structure meant that only I would receive the trail from the loan book that I had built over 15 years,” said Brad.

The decision to partner with Brad did not come quickly, said James, ‘we spent months working six feet from each other, which allows us to really get the measure of each other and develop a high degree of trust. I think it’s really important to say that we didn’t jump in head first without knowing what we were both getting in to. We openly discussed what our goals were for the business and it was clear that Brad was looking for a successor to take his place once he retired. There was a lot of planning, so we knew what our vision for the business would be moving forward.

“The plan was key to the process as it meant that our expectations were determined from the outset and we both knew what we were working towards. Two years after I joined the business we formalised our partnership and now co-own Mortgage Choice Dee Why,” said James.

Advice to other brokers

The pair offer the following advice for other loan writers and franchise owners who may be considering heading down the same path, “don’t go in blind, you should both know what you’re getting into. Spend time working together so you’re confident that you’re making the right decision,” said James.

“Get to know each other on a personal and professional level. While your staff member might have the experience and skill set you’re looking for, it’s equally important that you are like minded and have a similar work ethic. After all, you are spending the better part of your day with them so it’s better not to rush into things,” said Brad.

While they both play a similar role in the business, they each bring a different set of strengths. Brad says, ‘James is process driven and he’s exceptionally good from an IT perspective. He had a substantial amount of exposure to complex loan applications when he worked in the UK, which has allowed him to attract a new set of customers to the business. I’ve worked in this industry for 20 years and James is the best broker I’ve seen in my time,” said Brad.

James laughs, ‘Brad is organised to a fault! He puts me to shame. Ultimately, we are totally aligned in our morals and priorities in terms of looking after our clients. Sometimes it’s as simple as knowing that neither of us would feel comfortable giving a customer more than a certain level of debt, regardless of whether they qualified for the loan,” said James. 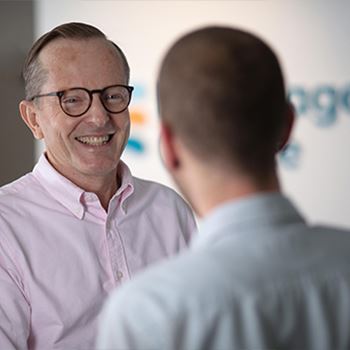 According to James, mortgage broking in the UK and Australia is relatively similar, with one major difference, brokers do not earn trail commission in the UK.

“It’s a fairly high churn environment where brokers hold a huge part of market share, something close to 70% of all loans are written by brokers. In that environment, most borrowers take a fixed-rate home loan for a 2 to 3 year period and like clock work, borrowers refinance their loans to another bank. If I wasn’t on the phone to them before the fixed rate expired, you can pretty much guarantee that their lender was, so it was ingrained in me that you can’t sit back and wait for business to come to you, you need to be front of mind when your customers think about their home loans.

It is this mentality and personalised customer service that has resulted in 90% of James’ new business originating from customer referrals. “I personally contact every one of my clients every six months to check in with them and find out if their loan is still meeting their needs and quite often learn that they need help with some other financial product, like a car loan or asset finance for their business.

Word of mouth is a powerful thing for small business owners and James calls himself lucky to have customers who refer their networks to him. “One of my customers owns a construction company and I've written a number of loans for him over the years. I get a call at least twice a month from one of his employees or contractors who have been recommended to me,” said James. 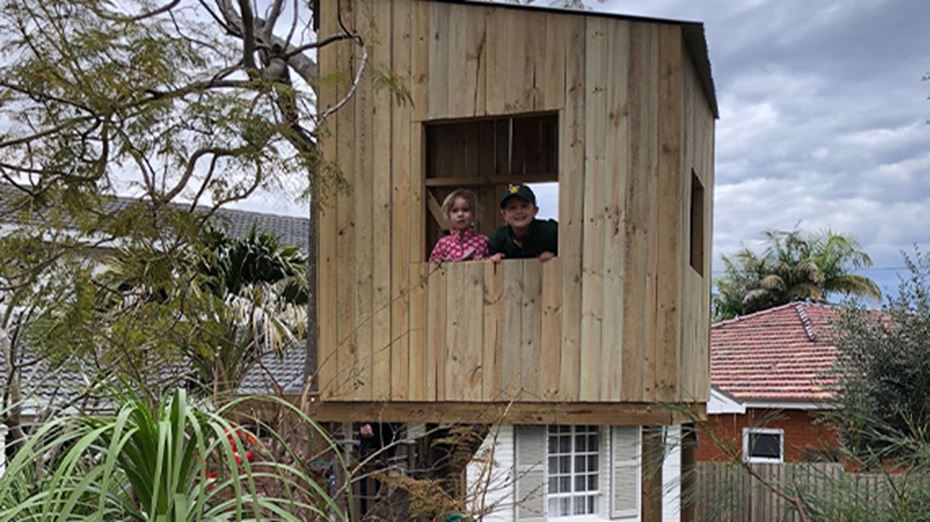 In his spare time, James makes a concerted effort to spend time with his wife and two young children. “Most nights I don’t get home from the office until well after my kids have gone to bed, so I make it a priority to give them my undivided attention on the weekends and try to avoid emails as much as possible. I also make time to do things I love and I'm a big fan of DIY. I built a tree house for my kids that stands 20 feet tall and am proud to say that it is the envy of every kid on our street.

Brad is married, with older children and when he’s not at work he divides his time between his family, fishing and playing touch football.

When asked about his outlook for the mortgage broking industry, James says, “There’s no doubt that the industry has been through trying times and I don’t think we have seen the end of the difficulty.  The challenges of modern day responsible lending are here to stay but I believe the regulatory change I saw in the UK in the wake of the GFC have prepared me for what’s to come. There are positives that will come out of all this change and I think the industry will be better for it.

Brad is hopeful. “I’ve always believed that If you do the right thing by the customer, If it’s your primary focus, you can’t go wrong. Almost 60% of all home loans come through the broker channel, which means that Australians value the work that we do. The last 12 months have been challenging but we’ve kept our heads down and continued with our ‘business as usual’ approach. If you're prepared to roll your sleeves up, you can have a great career in this industry but you have to remember that if you want to be a successful business owners you need to be totally committed. This isn’t a 9-5 job,” said Brad. 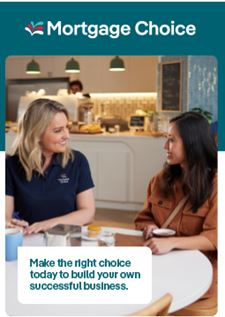 Download our free guide to find out more about how to become a Mortgage Choice franchise owner - including costs, benefits, criteria and how to get started.