Hampton is a suburb of Melbourne, Victoria, Australia, 14 kilometres (9 mi) south-east of Melbourne's central business district.[2] Its local government area is the City of Bayside. At the 2016 Census, Hampton had a population of 13,391.[1]

Hampton is located in Southeast Melbourne, wedged between the suburbs of Brighton and Sandringham. Hampton has a shopping centre along the main road, Hampton Street, with more than 50 cafes and restaurants plus numerous fashion boutiques.

Hampton, like Brighton, started off as a place of market gardens in the 1840s and 1850s, supplying fruits and vegetables for Melbourne. In the 1850s, interest started to grow in the beaches in the area as places for daytrips and holidays for Melburnians, particularly Picnic Point, on the beautiful bay foreshore of Hampton. This expanded when a railway line was built to Brighton Beach in the 1860s. In 1887, the railway line was extended to Sandringham, with a station servicing Picnic Point. It was called Retreat, after the Retreat Hotel at the Point. However, several landmarks in the area, including the beach, had been named Hampton, after a local market gardener Dyas Hampton, and as wealthy landowners began buying subdivided land in the area, they favored the name Hampton as it sounded more regal. The name was set when the station was renamed Hampton. Hampton Post Office opened on 1 July 1909.[3]

The population continued to grow at the start of the new century, with war commission homes being built for returned WW1 soldiers. Rapid development occurred in the 1930s when the market gardens were subdivided, and today Hampton is part of Melbourne's suburban sprawl. In 1957 Hampton North Post Office opened near South Road.[3]

The railway station (which is on the Sandringham Line) remains, although not the original building. 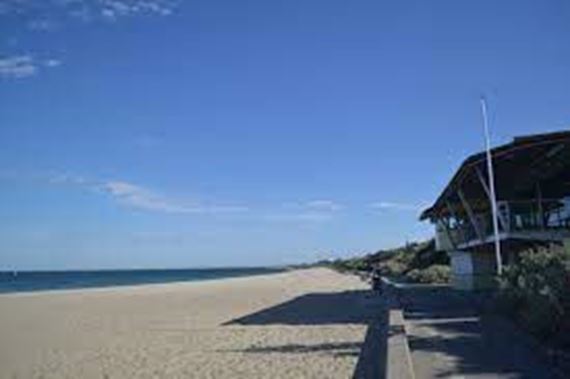 Last month Hampton had 58 properties available for rent and 70 properties for sale. Median property prices over the last year range from $2,420,000 for houses to $897,500 for units. If you are looking for an investment property, consider houses in Hampton rent out for $850 PW with an annual rental yield of 2.2% and units rent for $500 PW with a rental yield of 3.3%. Based on five years of sales, Hampton has seen a compound growth rate of 11.5% for houses and -8.9% for units.

Your local Sandringham experts in home loans and property investment

We are very proud of our team at Mortgage Choice in Sandringham, and know they have the knowledge and commitment to help you reach your property and finance goals.

Our team of experienced mortgage brokers can help you with everything from buying your first home, through to refinancing and even property investment.

Give us a call today on 9585 2000 to meet our team of home loan experts, and let them help find the right finance solutions for you.