Welcome To Our Team!

Our fantastic team of professional and friendly staff will help you every step of the way through the home loan process.

From the moment you contact Mortgage Choice we will be by your side to ensure you get the world's best service.

We understand the pressure & stress of today's finance industry so we make every effort to make your journey as easy and as stress-free as possible.

Our office is based in Kallangur, contact us today by clicking on the link or calling us on 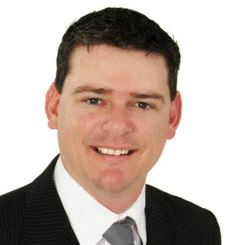 Let me introduce to you the Franchise Owner Michael Kidman.

Michael first started with Mortgage Choice in the Moreton Regional Shire and has been operating successfully for 16 years and is now expanding our area to include the Northern Brisbane Suburbs.

His experience, talent & drive has lead him to become a well-respected Mortgage Choice representative.

He has a strong relationship with lenders and his commitment to each and every client has made his reputation second to none.

Theresa joined the team at Mortgage Choice Kallangur after previously working for Mortgage Choice Sunshine Coast. With a total of 13years experience you know you can trust me to guide you through the finance process.

I have previous experience within the legal and building industries and my aim is to make your finance process as efficient and easy as possible.

Once our experienced brokers submit your application I liaise with yourselves and the bank to ensure a speedy outcome.

I am available to answer all of your questions and provide a step by step guide to your application process, from submission to settlement and beyond.

Tina has been with our business for 7years and and loves being part of the Mortgage Choice Kallangur & Brisbane North team.

Assisting in administration and general duties, please feel free to email tina.kidman@mortgagechoice.com.au if you would like to be included in our monthly newsletters, we would love to hear from you.

I have been an owner and Principal Planner of a Mortgage Choice Financial Planning Practice for 3 years. Prior to this, I have had 14 years financial planning experience with CBA and Bendigo Banks

My love of financial planning stems from being able to educate people on ways to make the most of their hard earned money, and building long term relationships with my clients to ensure their financial strategy changes with their ever changing lives. I have experience across all areas of financial planning and have worked extensively with clients in the risk protection area.

Married with two children, I understand the importance of making sure your family is protected from the unexpected. I look forward to supporting the financial planning needs of my local community.