Here we explore the property market and key areas to understand the investment benefits that are available in getting you prepared to start investing in the Gold Coast.

As one of the top destinations in Australia for internal migration for the past few years, it is no surprise that the Gold Coast’s housing market is currently in the midst of a boom.

While other housing market’s across the country saw declines in 2020 due to COVID-19, the Gold Coast area benefitted from the rise of working from home culture due to the lifestyle it offers.

Planning to invest? Get your free home loan quote today.

The Gold Coast is Australia’s sixth largest city3 and one of the fastest growing. As of June 2020 the city's economy has an estimated Gross Regional Product (GRP) of $38.1 million, making up 10.24% of Queensland’s total economy.4

As Gold Coast’s economy is heavily reliant on domestic tourism compared to international visitors, 2021 aims to be a good year for the city’s economic growth as the state borders are beginning to open up and domestic travel is increasingly being encouraged.

In order to boost the economic recovery of the region, the Queensland government have invested $1.146 billion of capital investment in 2020-21.7 Through identifying 24 infrastructure projects to be prioritised as part of their Gold Coast Regional Recovery Action Plan,8 the government aims to build opportunities and create jobs to fuel the growth of the Gold Coast’s economy.

Rental yield is one of the most important figures to understand when investing in a property. It is essentially the amount of money you make on an investment property by measuring the gap between your overall costs and the income you receive from renting out your property.

By having an understanding of the rental yield in the area you want to invest in, you will be better equipped to find the right investment property for your situation. As of June 2021 both the house and unit markets in the Gold Coast have recorded strong rental yields of 4.7 and 5.4%, respectively.10 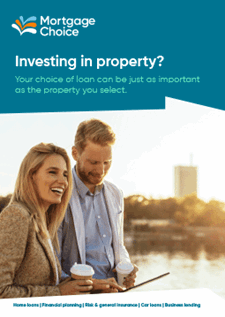 Our free, downloadable guide explains the costs and steps associated with the purchase of an investment property, positive/negative gearing as well as pros and cons of houses vs. units.

Best Suburbs to Invest in:

Located a bit further out from Surfers Paradise, but still within close proximity to the CBD, Miami is a great destination for investors that is showing strong growth rates. This suburb has experienced a 10.3% compound growth rate over the past 5 years in their housing market and an 8% increase in unit prices.11

Similar to Miami, Southport is another suburb that is still within close proximity to the CBD buth with a more affordable house and unit price. The affordability of Southport’s property market along with the high rental yields in units especially is making this suburb a great location for investors.

How to Invest in the Gold Coast Property Market?

Once you’ve decided Gold Coast is the right market for you to invest, it’s time to look at getting an investment home loan to start your journey.

When you are ready to start your investment home loan application, it is best to understand what type of loan is right for you and the associated rates. You can compare investment loans across multiple lenders from our panel here or speak to a Mortgage Choice Broker who can go through your situation, compare the loan available and find the loan that’s right for you.

We are here to help

Of course, this is only a starting point, as there are many areas in Gold Coast that can offer similar or greater investment opportunities. If you’re interested in investing in the Gold Coast and are ready to get the process started, it is best to speak with your local Mortgage Choice broker to get expert advice on your property investing journey.

Request a call
Join our newsletter to stay connected